Lucy in the sky …

NASA has launched a probe to study two groups of asteroids, known as trojans,  in the orbit of Jupiter.

It is thought that these asteroids are leftovers from the formation of the solar system, and that studying them will give us more idea of how our home locality in space was formed. 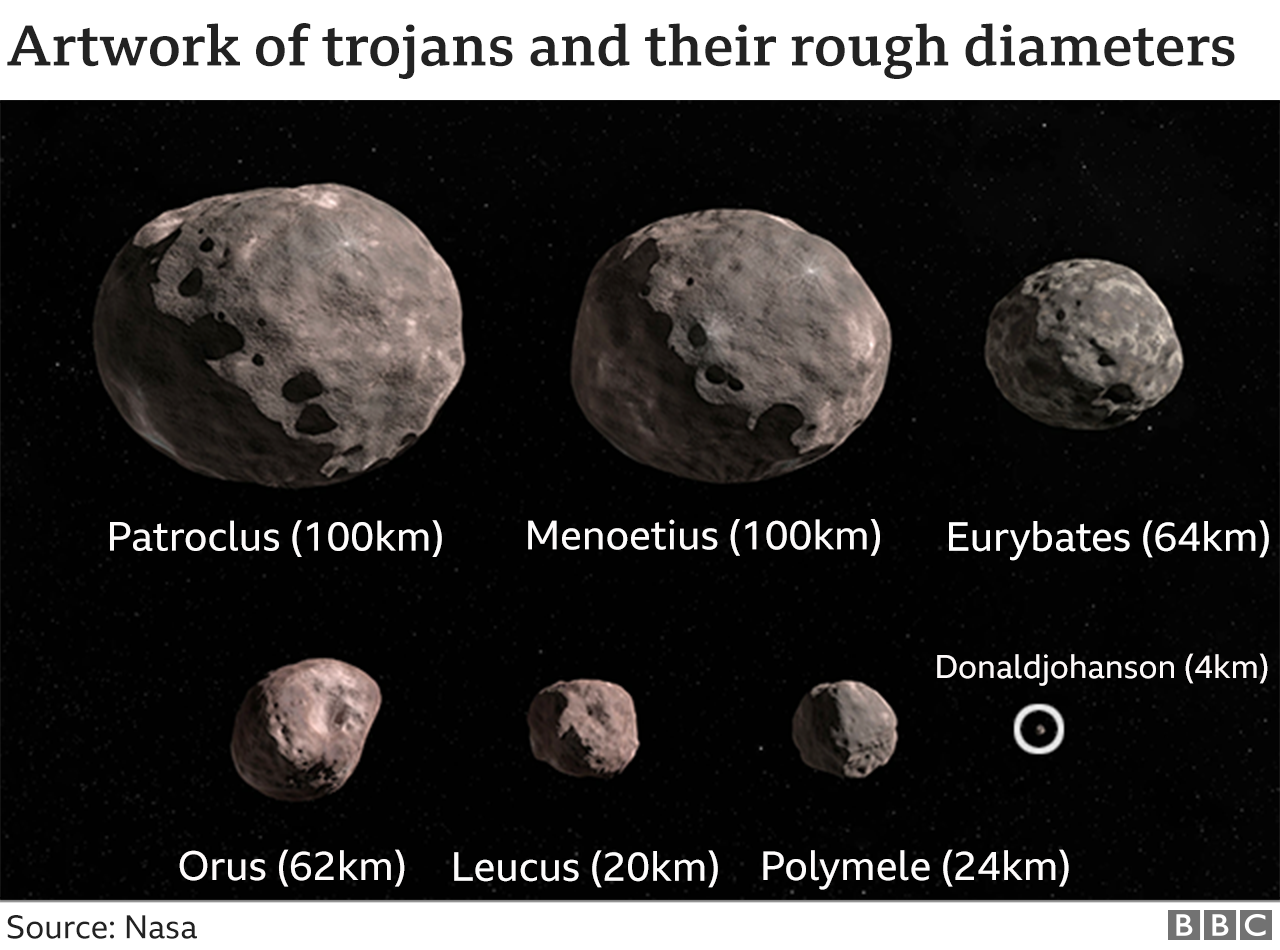 The mission has been named after Lucy, the most complete skeleton of an extinct human ancestor, (Australopithecus aferensis), ever found, who herself was nicknamed after the Beatles song, Lucy in the sky with diamonds.

The probe will not start to study anything until 2025, when it will examine an asteroid in the asteroid belt between Mars and Jupiter.  The target for this first study will be the asteroid Donaldjohanson, named after the archeologist who discovered Lucy’s remains in 1974.  After that, it will fly to the asteroids surrounding the gas giant and begin work studying them between 2027 and 2033.

So, for now, perhaps Lucy really is in the sky, but will she find diamonds?