It’s only 10 days to go until Christmas and you haven’t been overindulging for weeks already, it might be time to start!

For the majority of UK households, roast turkey takes centre stage on the Christmas dinner table, but this has not always been the case.

It is thought that turkeys were introduced to England in 1526, by a trader who had got some whilst on his travels from native Americans, brought them to Bristol ad sold them for 2d each.

From then on, most turkeys were imported into Britain from America, via the eastern Mediterranean, usually on Turkish ships, which is probably how they acquired their English name. 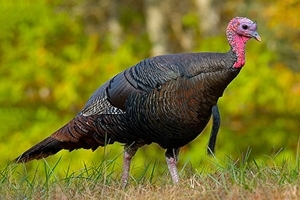 The common turkey, Meleagris gallopavo, is a native game bird of North America. The turkey was mainly bred for its colourful plumage until around 1935 when the emphasis changed to breeding for its meat.   The domestic turkey is descended from the wild turkey, which is also a common ancestor of the pheasant, grouse and partridge.

In the wild, the turkey lives in wooded areas near water and eats seeds and insects, with the occasional frog or lizard.

Being birds, turkeys lay eggs, but the scarcity of turkey eggs, (at the most they lay 2 a week), coupled with the fact that turkeys are more difficult to keep in an industrial setting, means that turkey eggs are expensive.

Turkey meat is in fact a rich source of protein, zinc, selenium, phosphorous and B vitamins, and although the skin is fatty, this makes you feel full sooner: who’d have thought your Christmas dinner would be so good for you?

Why Don’t We Eat Turkey Eggs?